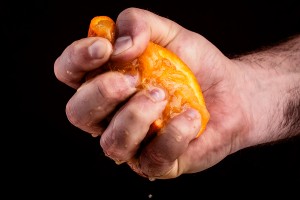 Everyone gets angry from time to time. But anger management issues arise from a lack of effective coping strategies. These episodes can be frightening and even dangerous. Symptoms may include: Angry outbursts, intense feelings of frustration, little patience, hyper critical reactions, and physical and verbal aggression.

Steven came to Cedar House, Inc. feeling like his angry episodes were increasing in intensity and frequency. He said he often becomes angry at slight things like his children making too much noise or tripping over one of their toys. He said his outbursts consist of lots of yelling, and he is becoming afraid he may begin to hit those he loves. He said he is fighting with his wife and others more often and couldn’t resolve disagreements without becoming angry and frustrated.

Steven’s treatment plan would include teaching him skills to recognize when his frustration is beginning to build before it reaches an angry climax.  He will learn how to release his anger in healthy ways.  We will teach him how to resolve conflicts using negotiation, compromise and avoidance skills.  We will work on developing skills to enable him to use assertiveness rather than aggression to express himself, to solve problems, and to respect the feelings and ideas of others.

Steven learned to understand his anger and to use skills to control his feelings in difficult and stressful situations.  He learned to solve problems and conflicts effectively without becoming frustrated and angry.